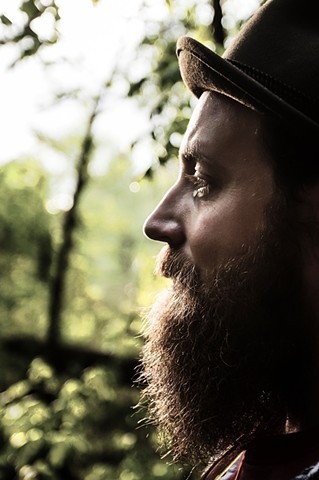 Biography Neal Harrington, originally from Rapid City, SD, earned his BFA in Painting from the University of South Dakota (1998) and his MFA in Printmaking from Wichita State University (2001). Harrington’s prints have been extensively exhibited all over the nation. He is a two-time recipient of the Arkansas Art Center’s Delta Award for the Annual Delta Juried Exhibition as well as multiple other awards from prestigious exhibitions like the Boston Printmakers Biennial, 2016 Pacific States Biennial North American Printmaking Exhibition, Prints U.S.A, Annual National Print Exhibition at Artlink, and the Arkansas Art Council’s Small Works on Paper (annual statewide traveling exhibition). He was also awarded the 2017 Beaux Arts Award from the River Valley Arts Center and the Faculty Award for Excellence for Scholarship/ Creative Activity in 2018. Neal is a Professor of Art at Arkansas Tech University and serves on the board of the Arkansas Society of Printmakers. Currently Neal, his wife, Tammy, and his two children (Jake and Olive) live in Russellville, Arkansas.